The best all purpose seasoning when it comes to rubbing your bbq, steak, ribs, chops, tenderloins or any other piece of meat, including fish or seafood. Everyone loves Heiferdust on steaks and vegetables 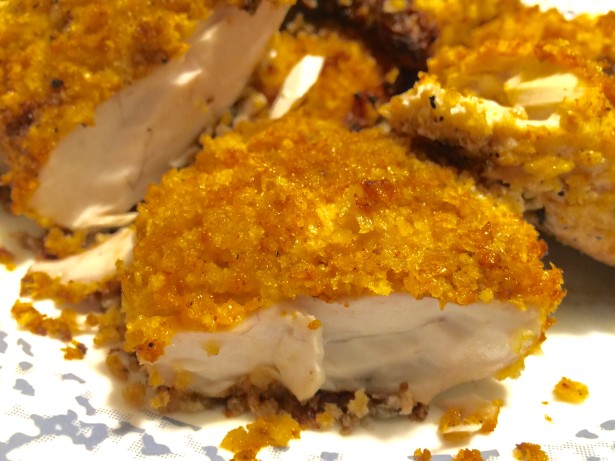 Amberjack fish seasoned with heifer dust rub, mayo, dredged in panko bread crumbs and grilled on indirect heat at 425° until brown creates a flavor like no other. Using the best seasoning means you get the best flavor out of your meal.

HeiferDust Rub® All Purpose Seasoning – 7 net ounces, offers a perfectly balanced blend of spices and flavor that you need to use on any of your favorite recipes. The best all purpose seasoning is an ideal as a gift for anyone who likes to BBQ or grill outdoors or cook quality meals. Use Heifer Dust Rub Meat and All purpose seasoning like you would use salt and pepper. You can put it on thick or thin. There is no way you can use too much when it comes to rubbing your bbq, steak, ribs, chops, tenderloins or any other piece of meat, including fish or seafood.

When H. T. duPerier (my grandfather) developed the best all purpose steak and roast rub seasoning back in the 1920’s, he was trying to preserve that south Louisiana flavor that his mother cooked with. Since we went into production in 2010, we have distributed over 20,000 bottles and HT’s formula has been approved by the pickiest backyard chefs and cooks from around the country. Originally this meat rub spice was made by my grandfather for his wife’s weekly Sunday Roast that was cooked in a dutch oven while everyone was at church. What we found out when we found his recipe and made it, the best heifer dust rub all purpose seasoning actually goes good everything, not just the Sunday roast. We encourage you to try it on your favorite cut of steak, chicken, poultry, pork, seafood, raw oysters, char grilled oysters, wild game and even french fries. You use it like salt and pepper and as a meat rub if you like. 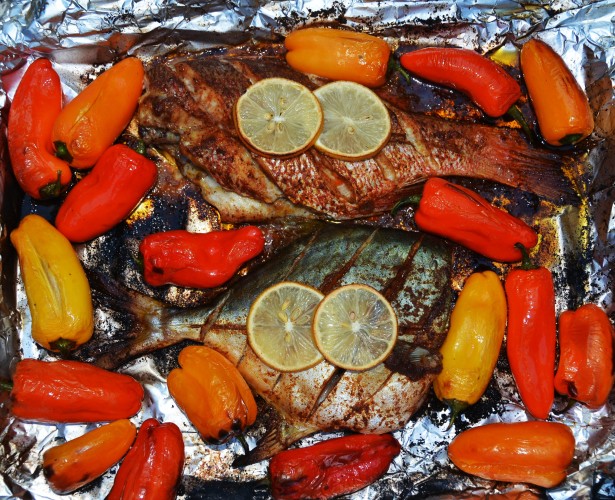 Grilled Pompano and Red Snapper are excellent when marinated with HeiferDust. 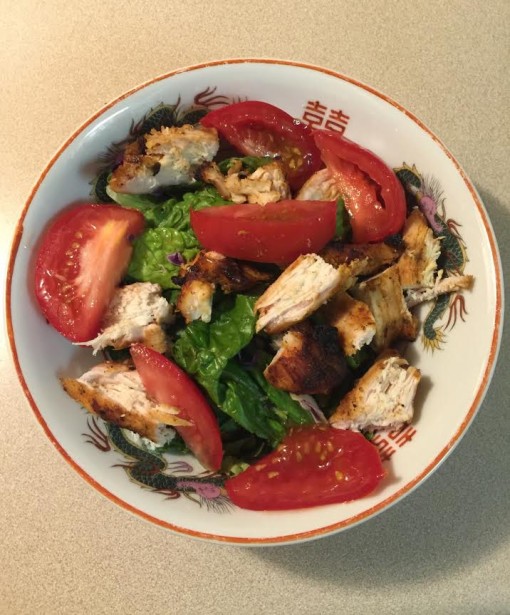 There is nothing better than heiferdust all purpose seasoning rub on a grilled chicken salad.

When heifer dust rub is dissolved, the small amount of salt in it, creates a moisture barrier around your piece of meat that allows it to cook without making it really salty tasting. That is why H.T. chose to use salt as his first ingredient. We know its value on meat as a rub. Our second ingredient is granulated garlic. My mother (Mrs. Jackie) (H.T.’s daughter) always used paw paws heifer dust blend of garlic and spices on any piece of meat like steaks, roasts, ribs, butts, shoulders, tenderloins, chops, filet Mignon and I felt it would be very important to ensure that garlic flavor was on every bite, but not overwhelming. There are a few more spices in there that are a secret, but they all make this original heifer dust steak rub seasoning so good. 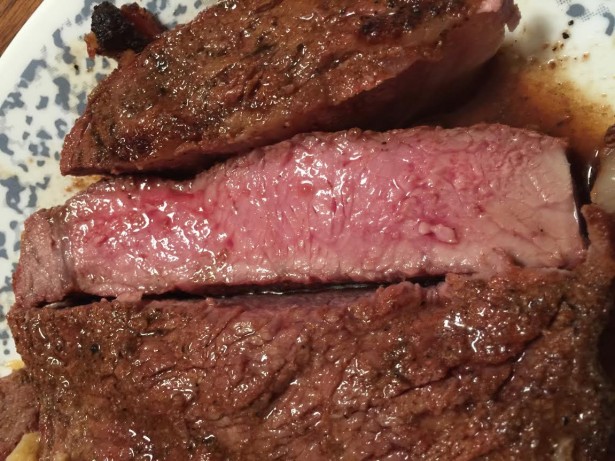 Cooking the best Sous Vide steaks is possible when seasoned with heiferdust all purpose meat and steak rub seasoning. 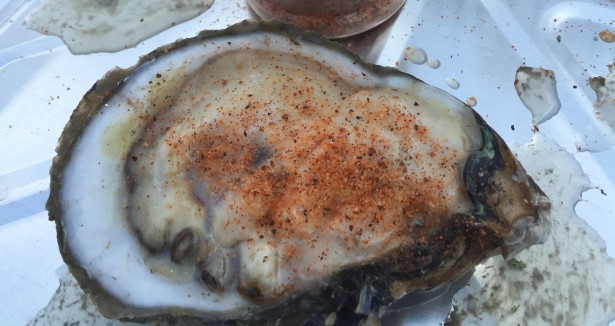 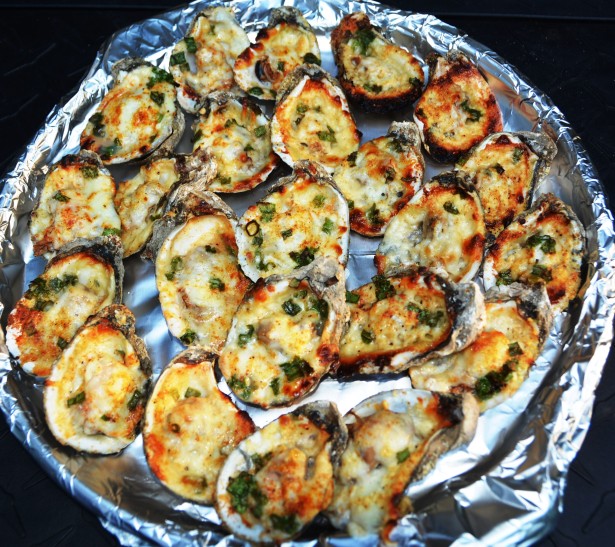 Our Famous HeiferDust Char-grilled gulf oysters are the delight of any cook out.

As a little boy growing up in the 1960’s and 70’s, we were around our Paw Paw a lot. H. T. duPerier was his name and he was one unique person. He was born in 1899 in New Iberia, Louisiana. The 1899 on the label is actually the year he was born, but the meat rub he produced came about in the early 1920’s. H.T. spent his adult life working for Tasty Bread Company as general manager from Houston to Chicago, but he had retired by the time I was born. As a teenager, he shared his stories about growing up in South Louisiana and his early years around Beaumont and Houston, Tx. His great grandfather actually incorporated New Iberia in 1835. They also donated the land where St. Peters Catholic Church still stands today. His middle name was ToTo – which is Swahili for “Little Boy.”

When I was born in 1964, Paw Paw was already an old man and was spending a lot of time with his three adult kids and their growing families. When all of us kids were around, he would not cuss or fuss at us, but he would speak cajun french and none of us really understood what he was saying. He nicknamed most of us kids with cajun type names like Boof La Bow, T-Boog, Za-Fran, Pachee, Mon-wee and the list continues. Excuse my grammar, but I spelled those names like they sounded. When all of us kids were a running our mouths with “nonsense”, he would simply reply in that cajun tone – “Awe – Heifer Dust.” 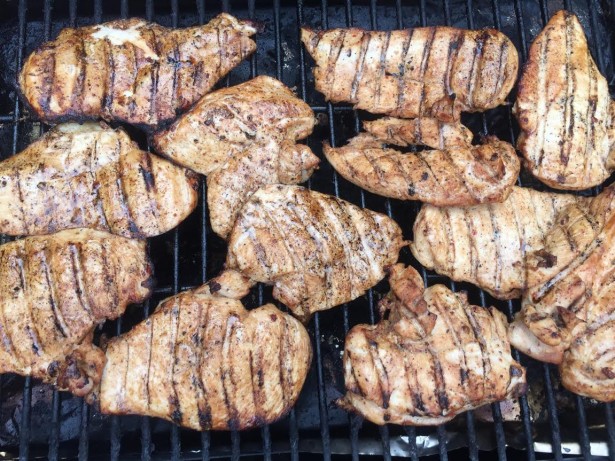 The best grilled chicken in the world begins with heiferdust rub all purpose chicken seasoning.

I am not sure where he got the term from exactly, but doing some research, found out that during the early 1900’s, heifer-dust was used when someone was talking nonsense, rubbish or garbage. I do remember the term “Heiferdust” being said one time during an episode of Leif Erickson’s High Chaparral television series from November 1967 – The Widow From Red Rock episode. I pasted a clip from the tv show below, so you would see how the actor used the term in front of the lady when she said some nonsense. No matter who originated the slang words in the early 1920’s, HeiferDust term stuck with me and I have known since I was a little boy that “Heifer Dust” would be a good name for the best all purpose rub and seasoning that Paw Paw created back in the early 1920’s when he was trying to make his wife’s Sunday pot roast taste better.

Thinking back and laughing a bit, I remember, as he was always saying heifer dust. He would always raise his right hand above his head with his palm open and would wave it forward and downward displaying his discontent. Either way, he was our Paw Paw and it was funny to hear him talk.

When I was a teenager, he was in his 80’s and living with us at our home in central Alabama. He would tell me stories about being on a ship off the coast of India delivering drums of oil at the time the Titanic sank in 1912. We heard stories of when he worked for Hughes Tools and would have to go and pick up little Howard Hughes from school in the early 1900’s. He said young Howard was certainly a weird little boy and would not say much at all during the ride. The stories continued throughout the years, but I had always thought about how I could honor his legacy by going into production with his all purpose seasoning recipe and name it after his “Awe Heifer Dust” saying. 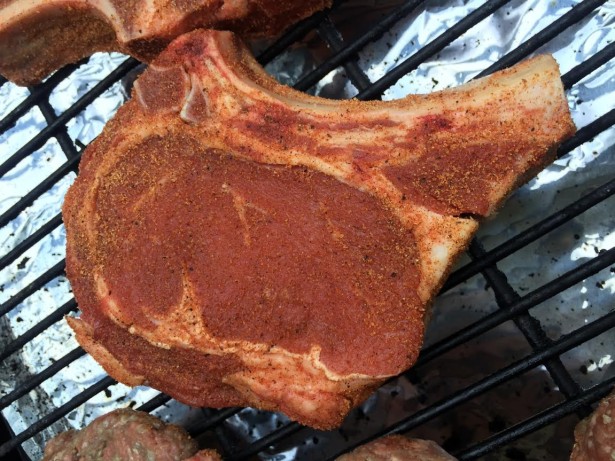 By allowing heiferdust rub to sit for 2 to 3 hours gives your steak flavor and allows our tenderizer to work its magic.

Season your best meat with HeiferDust Rub® all purpose seasoning for at least 2 to 3 hours before cooking, place in the refrigerator (covered in wrap to keep the moisture from being removed from the meat). This allows the salt to melt and be pulled into the cut of steak. The salt actually helps tenderize the cut of meat. Be sure you remove the steak from refrigerator about 30 minutes prior to cooking so it can get close to room temperature when you place it on the grill.

For those who know how to use a grill properly, searing a steak is the only way to go. I am not for sure sold on the idea that this is the only way to grill a good steak, but I know how to do it correctly and not over cook the meat. I like to get my grill up to at least 500° to 600° before placing the meat on it. I like to cook my steaks to where the inside is medium rare or about 130 ° to 140°. If you like your steaks a little more done, you may choose 160° for medium or 170° for well done. The thicker the cut of meat, the longer it will take. Generally speaking, on a 1 1/2″ ribeye, I cook it about 7 minutes on each side and that is good for me. Be sure to keep you meat thermometer nearby so you can get it right the first time. One of the keys to searing a good steak is to make sure your meat is at room temperature when you throw them on the grill, so the center won’t be too pink or raw after you sear. One of the most popular ways we cook steaks now is Sous Vide style.

Following the same directions listed above for marinating your best thick steak with heifer dust rub all purpose meat seasoning, we wanted to give you an option that some feel is a better way to grill a good piece of meat. It is not recommended to reverse sear Steaks less than 1 1/2″ thick. They get done too quick.

Simply put, reverse sear is nothing more than cooking your steak at a lower temperature or on the side of the grill that does not have charcoal or direct heat below. Indirect cooking is especially good when cooking thick steaks, because it keeps it moist, but allows the surface side to crisp up just before serving.

Place steaks directly over coals or flame (direct heat) and finish cooking or until you reach your desired caramelization of the of the fats of the steak. Be careful not to char the fat until its too black or charred up. A caramel or dark butterscotch color is ideal. 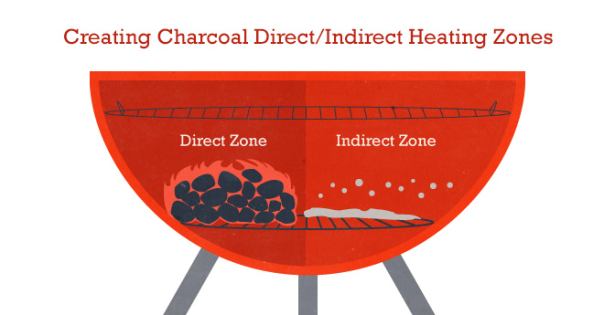 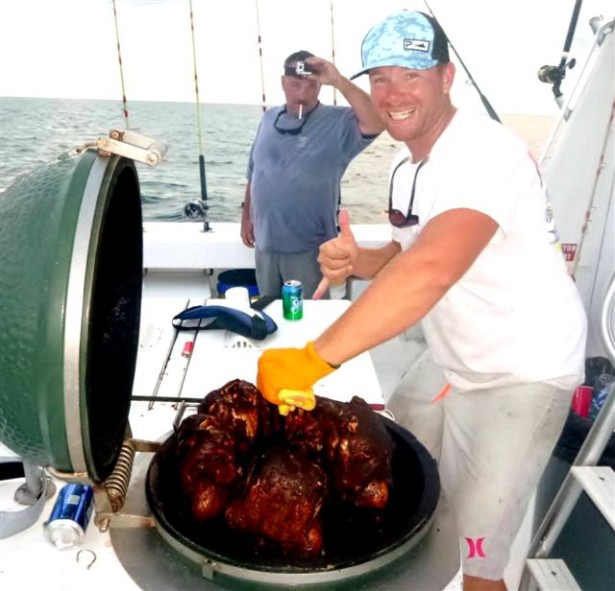 Dust your chickens with HeiferDust rub® all purpose seasoning and cook to 180°. Breast meat is done at 170° internal temp.